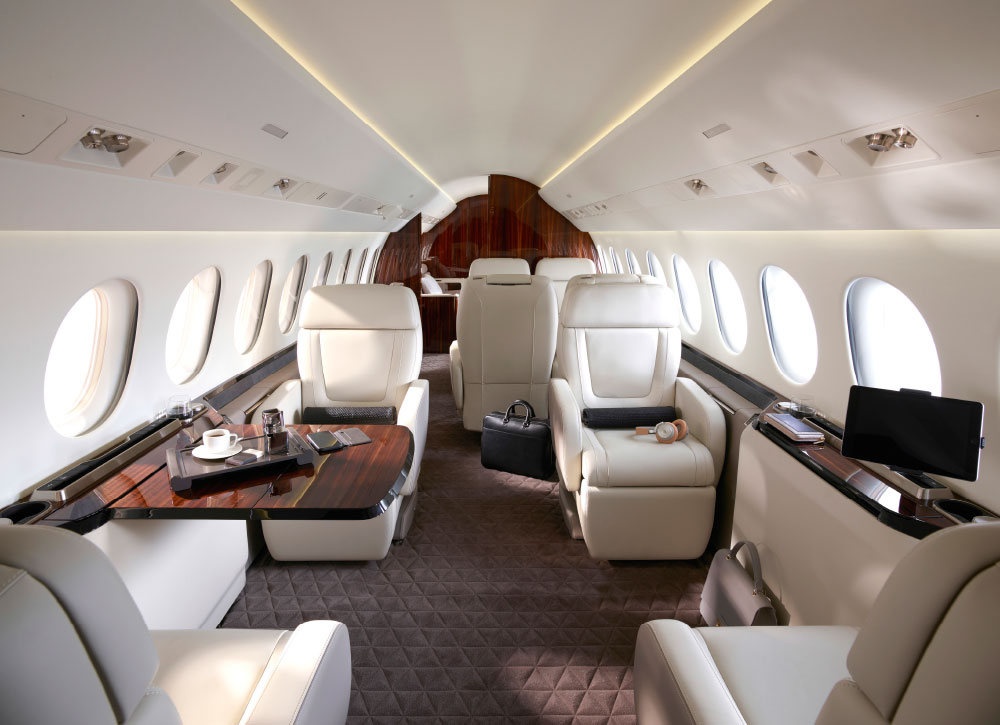 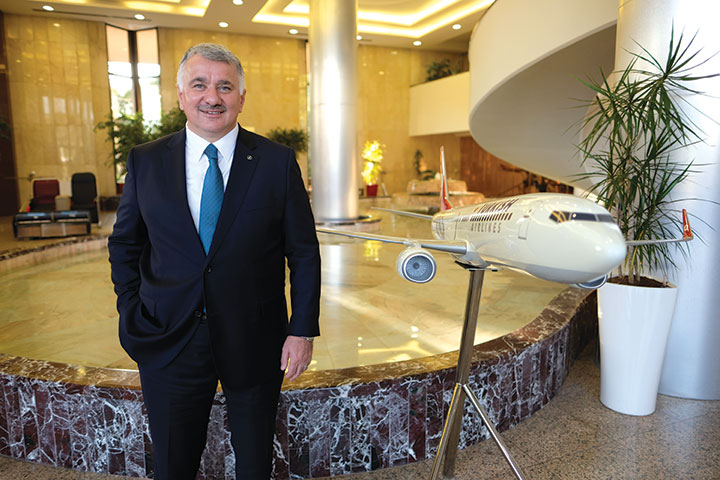 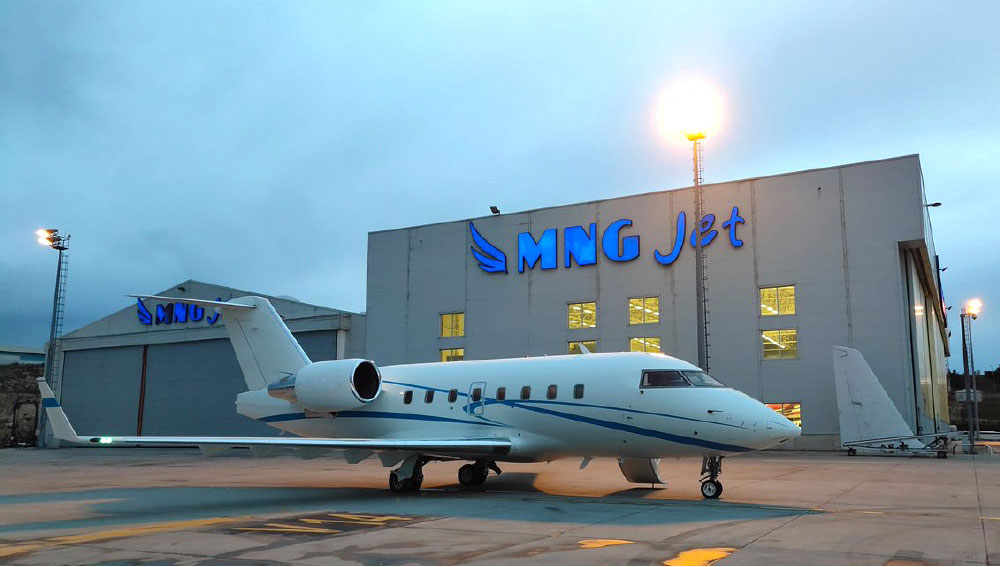 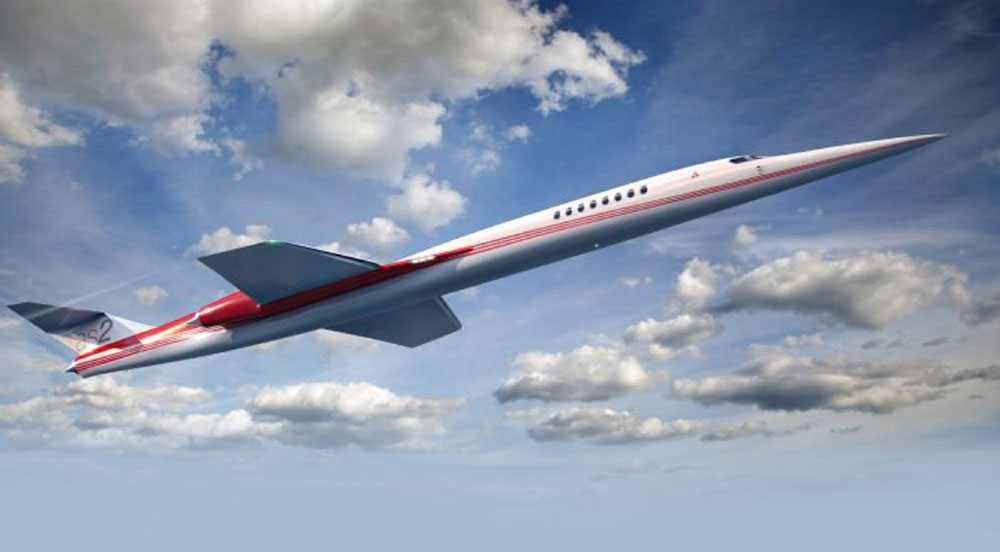 Is It A Dream To Fly Faster Than Sound Again?

I had a unique flight experience from Istanbul to Paris thanks to the Falcon 8X, which was on display at the Istanbul Airshow, and its crew and sales team.Of all the large-cabin jets on the market , the Falcon 8X  provides an unique combination of efficiency, flexibility , long range and quiet, spacious comfort.All are perfectly balanced to create a flying experience that exceeds the expectations of the most demanding customers. It incorporates Dassault’s considerable experience in fighter-derived flight control; ultra-efficient, long-range performance; sound reduction technology, and adaptable interior spaces. .The Falcon 8X can fly nonstop from Los Angeles to Istanbul, Istanbul  to Singapore, yet easily access short runway airports like London City Airport or Lugano, Switzerland, that are typically off limits to big business jets. The aircraft’s spacious cabin is the quietest of any business jet on the market and its revolutionary FalconEye dual Head-Up Display option allows low visibility approaches with 100-foot minima, providing customers a significant operational benefit and greatly improving access to airports under bad weather conditions.

With the quietest cabin, the most flexible, cost-efficient long-range business jet on the market

The 8X is up to 20% more fuel-efficient than any other aircraft in the ultra-long range segment. Much of the credit goes to the three highly efficient Pratt & Whitney PW307D engines which power the Falcon 8X. Each engine providing thrust at 6,722 lb / 29.90 kN while reducing emissions to levels well below the latest standards.

The Falcon 8X offers the greatest range in the Falcon line, along with accessibility to shorter runways, lower operating economics, the industry’s largest selection of cabin configurations, and unrivaled flight-handling qualities.

The range and flexibility of the Falcon 8X enables customers to fly almost anywhere in the world.  The Falcon 8X is capable of flying for 14 hours and 6,450 nm / 11,945 km non-stop – at Mach 0.80 with 8 passengers and 3 crew (85% Annual Wind, NBAA IFR Reserves). This enables direct flights between Asia and North America (Beijing-New York, Shanghai-Seattle), between Asia and Europe (Hong Kong-London), between North America to Middle East: New York–Tel Aviv and between Europe and South America (London-São Paulo).

The Falcon 8X is also capable of approaches up to 6 degrees at 107 knots / 198 kph landing speed (2,220 ft / 677 m landing distance) with a balanced field takeoff distance of 5,880 ft / 1,792 m. This allows it to serve London City Airport and similar steep-approach and climb-out runways located close to business destinations.

The longer range – 550 nm further than the Falcon 7X – was made possible by design innovations that enabled it to stretch the 7X fuselage and accommodate more fuel without adding overall weight. Engineers added 1.1 m (3.6 ft) to the 7X fuselage, allowing the 8X to take on 1,360 kg (3,000 lb) more fuel, or a total fuel weight of 15,940 kg (35,140 lb). The weight gain of the extra fuel was offset by an equal weight reduction in the redesigned wing panels and ribs, making the Falcon 8X empty weight nearly identical to that of the 7X. Reengineered winglets and a new leading-edge wing profile also improve the 8X’s lift-to-drag ratio.

The Falcon 8X is up to 30% more fuel efficient than any other aircraft in the ultra-long-range segment. Range capability is further boosted by a 2% fuel consumption improvement in the three enhanced Pratt & Whitney PW307D engines that power the Falcon 8X. The new engines also provide higher thrust at 6,722 lb / 29.90 kN (sea level, ISA +17C) – a 5% thrust increase over the 7X – and reduce emissions to levels well below the latest emissions standards. Other enhancements include fan seal improvements and more advanced digital flight controls.

The Falcon 8X is able to land at 85% of its maximum takeoff weight. This allows operators to make a short hop to an interim airport, pick up passengers, and then continue on to an overseas destination without having to refuel. For example, the 8X can fly from Washington to New York, and then proceed to an onward destination up to 4,500 nm away – up to 20% farther than competitor aircraft.

The longer Falcon 8X cabin enables operators to incorporate virtually any option passengers might wish for in an ultra-long-range business jet: luxury VIP suite, ultra-flexible seating and conference layouts, spacious galley or crew rest area – while retaining the bright cabin and low noise levels that the aircraft is renowned for.

There’s room enough for 12-16 passengers – with a variety of options for working, dining, relaxing and sleeping.

Cabin air is refreshed continuously for an environment that is 10 times cleaner than today’s most advanced office buildings. Cabin altitude pressurization is maintained at a very comfortable 3,900 ft (1,189 m) at 41,000 ft (12,497 m) cruise, compared with 6-8,000 ft for airliners and typical business jets. So, passengers not only travel in the most comfortable conditions, they arrive at their destination fully refreshed and ready to go

To pilots, the Falcon 8X will fly almost identical to the 7X. Aircraft design differences are adjusted for in the control load and fly-by-wire algorithms.

Dassault Aviation introduced digital flight control for business aircraft more than a dozen years ago with the launch of the Falcon 7X, leveraging four decades of path-stable, closed-loop auto trim controls for military aircraft. The DFCS on the Falcon 8X builds on this heritage, further simplifying the pilot’s workload for even greater safety and flying efficiency.  Digital flight controls save weight and improve reliability. They make handling more precise, reduce pilot workload, and, most critically, provide flight envelope protections that ensure a safer and smoother flight. Dassault Aviation is the only business jet manufacturer that designs and manufactures its full Digital Flight Control System. Other OEMs buy digital flight control systems from third-party suppliers. Dassault engineers believe that maintaining full control of the design and production process is the best way to integrate fast evolving DFCS technology into the design of its aircraft.

Most Falcon 8X buyers opt for the FalconEye combined vision system (CVS) – the first Head-Up Display (HUD) to blend synthetic, database-driven terrain imaging and real-world thermal and low-light camera images into a single view, providing an unprecedented level of situational awareness to flight crews in challenging weather conditions and all phases of flight. FalconEye is certified by EASA and the FAA for an enhanced flight vision system (EFVS) capability that provides operational credit for poor visibility approaches down to 100 ft, greatly improving access to airports and significantly enhancing aircraft fleet efficiency.

In 2020, the FalconEye option  was further enhanced with the addition of a dual-HUD configuration.

FalconEye’s 30x40 degree field of view is one of the widest angles on any HUD, ensuring full viewing coverage with 1280x1024-pixel resolution. FalconEye features a fourth-generation multi-sensor camera whose six sensors present high-quality images in both the visible and infrared spectrums. These images are combined with three dedicated worldwide synthetic vision databases that map terrain, obstacles, navigation, and airport and runway data. FalconEye was developed in partnership with Elbit Systems.

The industry has long desired an autonomous, onboard system permitting approaches to these airports in low-visibility or even no-visibility situations--a system that can see airport, runway, terrain and obstacles regardless of the weather conditions.

Two technologies offer this opportunity. Enhanced Vision Systems (EVS) rely on infrared cameras to see in darkness and in adverse weather conditions. But EVS has limited ability to see through clouds and precipitation and offers only a limited advantage versus the naked eye. Infrared-only sensors are limited due to their short bandwidth of light detection. Moreover, they don’t detect LED lights which are becoming more commonplace to light runways approaches and taxiways (replacing traditional incandescent lights). During a descent to landing in low visibility, EVS picks up runway environment and other visual cues only at the very end of the approach, close to the touchdown point.

Conversely, the second technology, Synthetic Vision Systems (SVS), present a crisp picture of runway and terrain as well as some obstacles such as high-rise buildings in all-weather conditions, but won’t show real-world runway obstacles such as a wayward aircraft, fuel trucks or animals. Synthetic vision derives position on GPS and onboard databases and provides situational awareness far from the runway and throughout an approach. However, it’s not an image of the real external world. It cannot be used as reference tool during the final approach, flare and touchdown or during takeoff.).

Dassault’s solution to these limitations is a breakthrough safety system, dubbed FalconEye. An industry first, the revolutionary camera of FalconEye integrates six sensors working together across a very large bandwidth (from Infrared to Low-light). The data fusion of the six images provides a clear view of the external world in any weather conditions. 78, FalconEye integrates enhanced vision and synthetic vision technologies in the same head up display image. It’s a “best of both worlds” solution providing the pilot for the first time the ability to fly with improved situational awareness in all conditions and with all the visual cues required to fly right down to the runway, regardless of weather.

Service centers on six continents. A team of more than 1,700 professionals dedicated to keeping customer aircraft in the air.

Throughout the life of the Falcon 8X, customers can rely on the Whatever It Takes® philosophy of Dassault’s global service network.

In 2019, Dassault Aviation opened a new $50 million, 180,000-ft2 (16,500-m2) flagship spares distribution center in Tremblay-en-France, in the immediate environs of Paris-Charles de Gaulle Airport. The proximity of the facility to one of the world’s major transport hubs, together with its state-of-the-art design, will help ensure that parts and tools arrive in the hands of Falcon customers in Europe, the Middle East, Africa and the Asia/Pacific region even more rapidly than before.

FalconResponse, an industry first, is Dassault’s comprehensive portfolio of Aircraft On Ground (AOG) services. In the rare event that a Falcon operator has an AOG situation requiring emergency repair, a call to the global 24/7 Falcon Command Center activates a dedicated “GoTeam” of engineers, parts specialists and frontline managers to return the aircraft to flying condition as quickly as possible. If necessary, members of the GoTeam can utilize one of two dedicated Falcon Airborne Support aircraft that stand by to expedite the shipment of repair teams and spares to remote sites. Alternative lift flights – another industry first – are also available to customers affected by an AOG.

Falcon models hold their value. They retain up to 10% more value over an extended 10-year period than their closest competitor. Market analysis shows high demand for second-hand Falcons means they also tend to take less time to resell.

Direct operating costs are estimated around US$4,000 per hour, thanks in part to elimination of the basic two-month maintenance interval. If operated for six years at 600 flight hours per year, the Falcon 8X will save an estimated $8.5 to $11 million compared with its primary competitors, including higher resale value.

The current fleet of more than 2,100 Falcons operated in 90+ countries fully demonstrates the exceptional strength of the Falcon line. Unlike some of their competitors, Falcons do not have any life-limited primary structural parts. Dassault’s FalconCare guaranteed maintenance cost program assures budgeting predictability for parts, labor and AOG onsite service