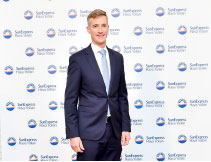 JetBlue Takes Delivery of A321LR with the First Airspace Interior

State-of-the-art solutions engineered for aircraft manufacturing and assembly are listed among the top engineering advancements.  Today aircraft manufacturing must be focused on future-oriented structure assembly and automation, one can perhaps say this field of expertise is a harmony of art and science when considering the fluid mechanics involved in commercial aircraft during cruise flight, with average conditions being -550C, 1/5 PAtm, and under variable precipitation. It is noteworthy to mention here that the speed of these aircraft is about 800 km/h, and with a relatively lower oxygen ratio, strong wind shears are another other phenomena which aircraft must bear while providing a smooth and comfortable journey for passengers. Since the aircraft operating environment is severe as highlighted, any failure in any of the parts and/or components significantly jeopardizes safety. This failure may originate from a fatigue fracture or a systematic phenomenon.

There are some iconic accidents in aviation history that occurred due to structural failure which resulted from aircraft fatigue damage.  For example, the incident with flight 243 that occurred on April 28, 1988 with a Boeing 737-200 type aircraft, that took off from the city of Hilo, Hawaiian Islands, to the city of Honolulu. While the aircraft was climbing to cruising altitude, an explosive decompression was experienced. According to the National Transportation Safety Board (NTSB) report, approximately 18 feet of the cabin skin, structure aft of the cabin entrance door, and above the passenger floor-line separated from the aircraft as shown in Figure 1.

Due to the sudden pressure change caused by the explosive decompression, one flight attendant was swept overboard, and 7 passengers and 1 flight attendant suffered serious injuries. The crack originated by fatigue failure on the fuselage lap joints was the core reason for the accident (NTSB, 1988). It is important to mention here that controlling the structurally decomposed and fragmented aircraft could have only been achieved by highly skilled heroic pilots. The passengers were lucky because heroic and highly skilled pilots were in the cockpit that day. Otherwise, the scenario could have been much worse because 89 passengers were on board.

Although the 1988 Aloha Airlines incident is the most well-known failure-oriented accident, long before a De Havilland Comet had crashed into the sea due to cabin joint part failure, on January 10, 1954 (Withey, 2019).

On April 17, 2018 Southwest Airlines flight 1380, a Boeing 737-700 experienced a failure of the left CFM International CFM-56-7B engine and the loss of an engine inlet and cowling during its climb about 30 minutes into the flight. Fragments from the engine inlet and cowling struck the wing, fuselage and a window resulting in rapid depressurization.  The flight crew conducted an emergency descent and diverted into Philadelphia International Airport (KPHL), Philadelphia, Pennsylvania. Of the 144 passengers and five crewmembers onboard, one passenger received fatal injuries and eight passengers received minor injuries. The plane landed safely. The NTSB stated that a fan blade had broken off, apparently because of metal fatigue (NTSB, 2019).

These accidents and many others prompted many studies in the field of fatigue failure. These studies have led the way to a much better understanding of fatigue science with the benefit of fracture mechanics to evaluate the life of airborne components and structures.

Hence, so far, many investigations have been conducted to explore fatigue fracture and to reveal wear prediction of aircraft parts and components. Scientists and researchers have conducted many laboratory studies, inspections, and field surveys in order to take a preventive approach against aircraft accidents involving fatigue fracture (Campbell & Lahey, 1984). Especially some investigations have focused on the riveted lap-joints as this was the core reason of the 1988 Aloha Airlines accident and other fatigue failure-oriented accidents (Newman & Ramakrishnan, 2016). The common conclusion of these studies has emphasized that generally fatigue fractures originate from repeated exposure to forces and vibrations.

In time, studies on fatigue failure have shown that there is a natural correlation between fatigue and vibration. While classic significant theorems imply implicitly that material under cyclic loading behaves stable after only one or two loading cycles, the experimental investigations show that stable cycles can be reached only after several loading cycles and sometimes only asymptotically. Eventually, fatigue failure is the result of the progressive and localized structural damage that occurs when a material is subjected to repetitive or fluctuating cyclic loading as it is depicted as Newton’s Cradle in Figure 2.

The culmination of this occurs when fatigue nucleation channels the fracture and hence cracks. It is relevant to note here that the cracks propagate under either high level or low-level loading.

If we look at the history of various failure fatigue studies, we can see that the fatigue phenomenon was first recognized in 1937 by a civil servant Wilhelm Albert during tests that he performed for conveyor chains. He released the results of the tests in Clausthal/Germany. The conclusions of his studies indicated that failure was originating from repetitive loading (Schültz, 1996). The term of “fatigue” was first used in print in 1854 (Pook, 2007). Fatigue can be described as a failure process propagated by the effect of linear and cyclic repeated loadings. At a certain stress level below the monotonic yield strength of the material, a failure can be nucleated (Schijve, 1988).

To illustrate this concept in a simplified case, the obtained force can be determined using Newton`s formula (F =ma) by summing all the accelerations imparted to the air. Dependently, every object in the aircraft experiences a force equal to the object`s weight times the aircraft load factor. This situation creates additional stresses throughout the aircraft, which must be determined. It is noteworthy that, the weight of the wing structure will produce torsional loads on the wing in addition to the aerodynamic torsional loads. Besides four basic forces (Lift, weight, thrust, drag) the stress forces and loadings acting on the aircraft are depicted in Figure 3.

A tangential acceleration force is generated throughout the aircraft by a rotational acceleration such as caused by a gust, a sudden elevator deflection, or by the nose-wheel impact. Inertial loads due to rotation must also be considered. For example, the tip tanks of a fighter aircraft rolling at a high rate will experience an extreme outward centrifugal force. This centrifugal force produces an outward load factor equal to the distance from the aircraft e.g.

times the square of the rotation rate, divided by "g". As it was stated in the beginning of this paper, aircraft operate under extremely difficult conditions. It should be also highlighted that the loads produced by vibration and flutter are acceleration forces of a special nature (Raymer, 1992). Obviously, random vibration levels for steady-state flight conditions and various flight maneuvers differ due to external and internal impacts. The stress load varies depending on the flight stage, payload, command characteristics of the cockpit crew, configuration, and environmental effects such as meteorological conditions.

So far it has been stated that repeated loads and random vibrations may likely be the core of fracture failure. It should also be underlined that vibrations vary in accordance with different flight phases as mentioned above.  In order to illustrate flight stages, we can review a plain flight profile which can be divided into some stages such as ground operations before take-off, take-off roll, departure, climb, cruise, descent, approach, landing roll, ground operations after landing as it is shown in Figure 4.

Every flight stage has its own characteristics and also has its own unique stresses load as it is demonstrated in Figure 5.

The many studies regarding the correlations between rigidity and fatigue damage change in composite structures have concluded that the change in the rigidity of the composite structures helps provide critical information about their structural status (Verma Rahul, 2019). This critical information can be used for the early determination of fatigue nucleation. It is noteworthy to mention that Prognostics Health Management (PHM) and Structural Health Monitoring (SHM) systems provide better prospects for early warning of potential cracks. It is important to evaluate the performance under an expected condition to reduce unexpected failures and to plan maintenance activities so that they do not disrupt operations (Nuwan Munasinghe, 2019).

For sure, in the future with the help of additively manufactured smart structural parts, the fatigue failure data will be transferred from their in-situ origins. As shown in Figure 7, this data will be used proactively to ensure aviation safety. The information will be evaluated in real-time for the determination of remaining life, time-to-failure, and probability of failure as well